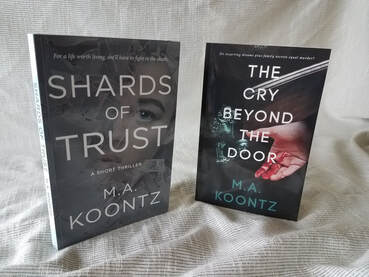 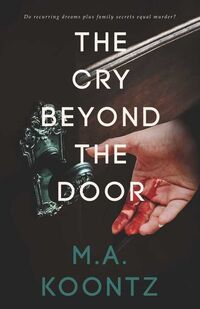 ​
"I fought the vision that threatened to replace one real nightmare with another. The fugue state could cost me my life."
​

After being kidnapped and almost killed by a psychopath, a normal life was all Darla Kelly hoped for. But when she stumbles across evidence that her recently murdered father had hired a PI – and had kept it from her – her life becomes anything but normal. As she delves deeper into her father's secret, bizarre things start happening to her that she can't explain, and she suspects someone is trying to prevent her from finding out what he was looking into.

When she crosses paths with her old friend Detective Mike Shafer, new secrets emerge — and murders begin to multiply. A John Doe everyone seems to want dead pulls Dar deeper into danger. Answers await her, if she can stay alive long enough to find them.

A sequel to Shards Of Trust

​
"Once again Koontz delivers a fast-paced, suspenseful thriller that will keep readers on the edge of their seats. Protagonist Darla is doing her best to piece her life back together but finding out her dad's secret quickly catapults her into dangerous situations once more. Just like its predecessor, The Cry Beyond The Door is easily engaging. The writing has a great flow as expected, and the plot has good depth including a complex twist that many won’t see coming. Despite being a sequel, new readers will find this is a solid standalone that they can enjoy. Simply put, this is another great read from M.A. Koontz, a brilliant mystery for fans of the genre."